Queenie - Joey Scandal 03/11/05 Joey Leung's career has had an upward surge thanks to the popularity of "Minutes to Fame" and...
Continue...
Taiwan Fans Couldnt Get Jay Chou's Album
Nov
09 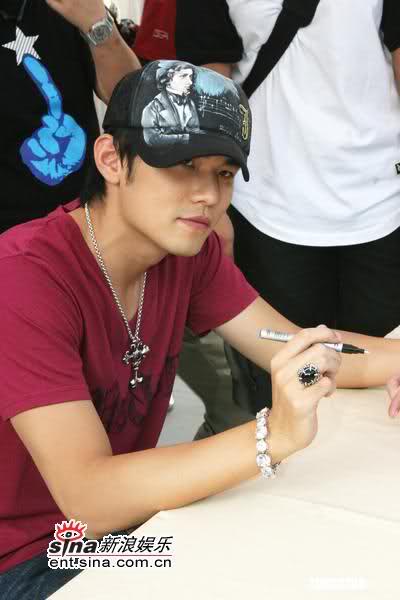 Jay's new album has released , up on the rak 3 days , yet became G-Music Bilboard And Wu Da Record Sales Champion . But there were stories & arguements behind the title of being a Champion . Recently , many fans complained that Rose Records + Da Zhong Record Company proceeding the promotion plan , and they even suspected G-Music's Bilboard had been fixed up not according to album sales .

Every year Jay releases an album , many record companies are...​
Continue...
Twins "One Time No Twice" concert to break records
Nov
09

The first Hong Kong concert of 2006 will be Twins’ “Twins One Time No Twice Concert”. The concert shows will begin on the 4th of January and end on 6th. The shows will be held in the Hong Kong Coliseum. The previous two concerts, Twins worked with credit card companies, Visa and Master Card which boosted the number of ticket orders ordered through the phone. It is believed that the number of tickets ordered through phone will break records.

On...​
Continue...
Chinese Movies Vs Korean Movies
Nov
05
how do u guys compare? i personally these days find Korean movies more meaningful in terms of plots and direction, it seems to me Hong Kong movies are out of control with outrageous plots and most of them end up without any real story. My votes are for Korean movies right now.
Continue...
Page 3623 of 3624